The City of Dickinson has also been subject to several large structure fires in its history. Two of those, both occurring within a year of each other, nearly ignited the entire downtown area on both occasions. One fire resulted in the death of a Dickinson resident, and both fires were deemed to be arson.

Villard Hotel Fire – January 20th, 1949
The City of Dickinson was peacefully at rest on a bitterly cold morning of January 20th, 1949. Overnight duties at the Villard Hotel were proceeding as normal. The three-story hotel, which stood in the 10 blk of West Villard near present-day Greene Drug, was only hours away from total ruin. Shortly after two o’clock in the morning, a pastry chef at the Villard Hotel began to smell smoke coming from the basement of the hotel. It did not take long for the fire to quickly spread and engulf the basement.

Hotel guests, many clad in just pajamas, grabbed their belongings and evacuated into the frigid temperatures outside. Of the 57 guests, one happened to be Trooper Hollis Dietz; a highway patrolman from Beach who was staying in town. Trooper Dietz, along with hotel employees, are credited with the quick and orderly evacuation of guests.

As the morning progressed, the fire continued to spread and worsen. The 20 below zero weather and strong northeast winds hampered firefighting efforts. Large sparks and flaming pieces of wood began landing on adjacent buildings, setting them ablaze. Fireman braved the dangers of treacherous, ice-covered roofs to suppress the flames and prevent further loss. Police Officer Matt Zabel and Joe Faller assisted in rescue and firefighting efforts through the morning.

The fire spread into the neighboring Schilla Hardware store. Gunpowder inside the store ignited, causing the front window to blast outwards. The John Ward restaurant, the Red Owl store, and upstairs offices and apartments also fell victim to the blaze. The fire wasn’t brought under control until 11 o’clock that morning.

Though damage estimates were estimated at almost a half-million (in 1949 standards), no one was killed or injured in one of Dickinson’s largest fires. This would not remain true, because almost a year later, another large fire nearly burnt downtown Dickinson to ashes. 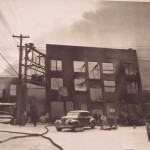 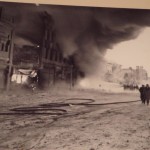 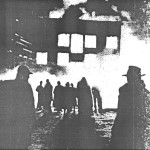 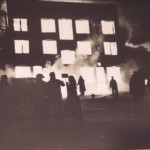 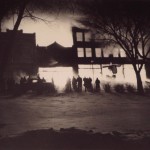 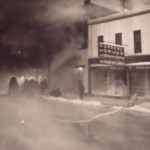 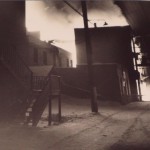 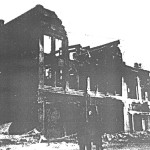 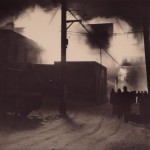 St. Charles Hotel Fire – February 1st, 1950
As one city block of downtown Dickinson was rebuilding and recovering after a massive blaze only a year earlier, another blaze threatened to destroy yet another block on February 1st, 1950. This fire, eerily similar to the Villard Hotel fire, began around 2:30 a.m. at the St. Charles Hotel. The hotel, which stood in the 10 blk of East Villard near present-day Jordheim’s Plaza, was Dickinson’s largest and most popular hotel. It was packed near capacity with 80 guests staying there that evening. The fire exhibited similar characteristics as the previous fire and spread quickly.

Firefighters again braved bitterly cold temperatures and strong winds. Hot embers sparked fires on the neighboring Saif Furniture store and Army-Navy store and threatened to start a serious fire at the Elmquist Standard Service station. The fire in the hotel was so intense, one guest jumped from a third floor window. He landed on the roof of a shed, breaking his back. He laid there for nearly an hour until rescuers located him. He sustained severe frostbite, but lived through the ordeal.

Not all guests were as lucky. George Carpenter, an elderly Dickinson resident and bus company owner, had been living in the hotel for many years. On the night of the fire, witnesses saw Carpenter attempting to extinguish flames in his room. As the day progressed, Carpenter failed to show up for work. His co-workers notified the fire department, which began a search effort. Carpenter was found lying outside of the hotel, deceased from an apparent heart attack.

An investigation was conducted by the state fire marshal’s office. They concluded that the St. Charles fire, along with the Villard fire, were indeed an arson. An arrest was made, and an individual was sentenced to prison for his role in the fires and the death of Mr. Carpenter. Very little information could be found pertaining to motive or identity of the arsonist. 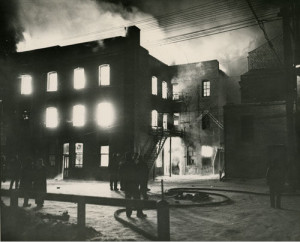 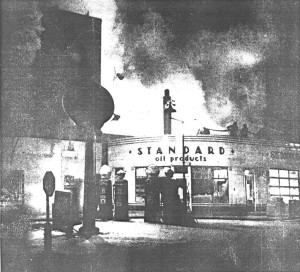 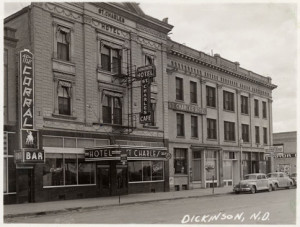