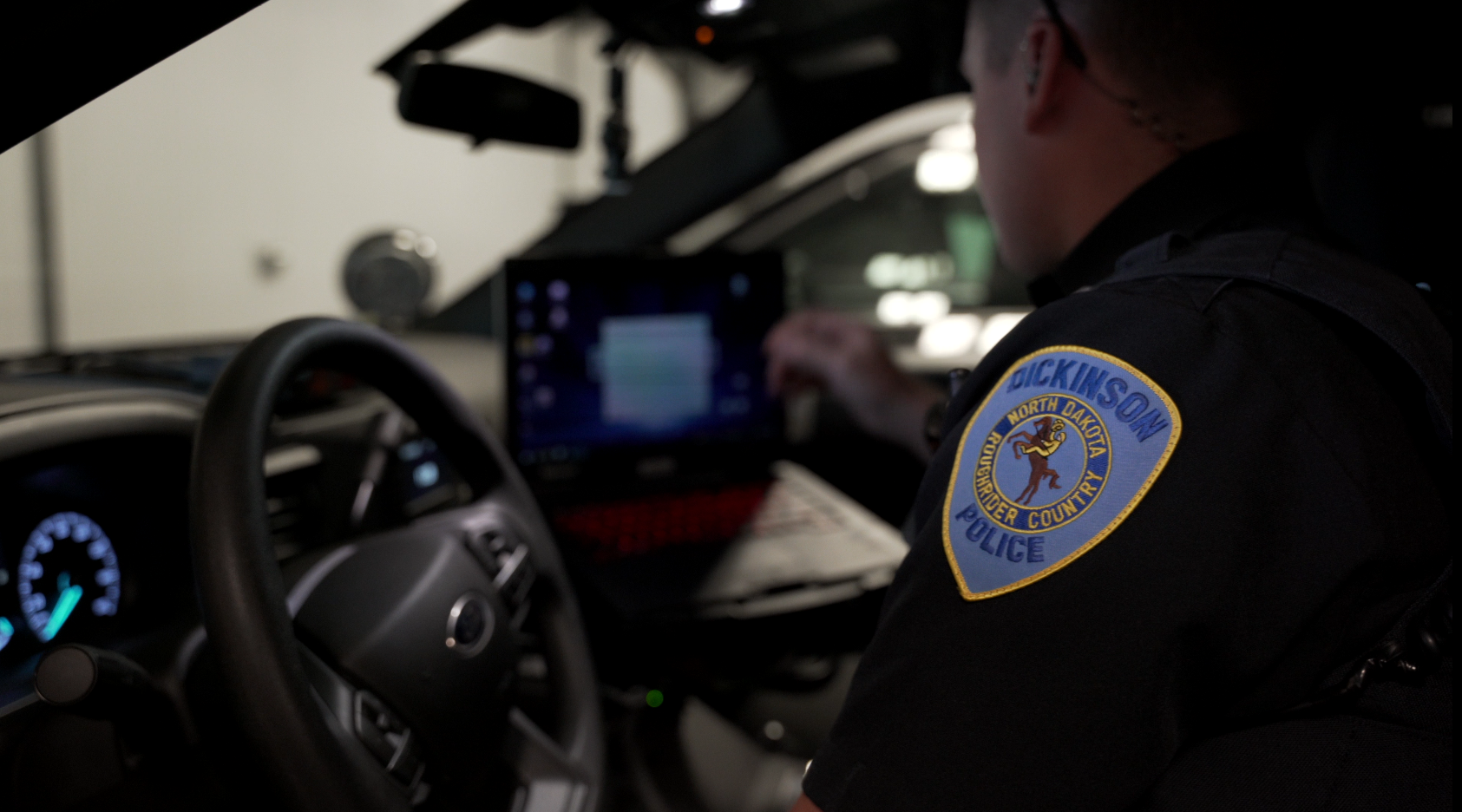 The Dickinson Police Department Patrol Division provides 24-hour service to the city of Dickinson. The primary responsibility of the division is to respond to calls for service such as civil disturbances, thefts, vandalism, accident investigations, and a wide variety of other routine services.

The Patrol Division also takes a proactive role in preventing crime. Officers provide residential and business security checks around the clock. With the help of citizen reports, most crime is prevented before it happens.

Thirty sworn officers make up the Patrol Division. Out of the 32 officers, there are four sergeants, four corporals, and twenty-four patrol officers. Patrol officers with more than three years of service at the department are eligible to apply for Senior Patrol Officer status.

The division is divided into two, 12-hour shifts: dayshift and nightshift. Each shift comprises a sergeant, a corporal, and six officers. All eight shift officers work the same days and have the same days off.

The Dickinson Police Department has a fleet of Ford Police Interceptor Utility vehicles. The vehicles are rotated through the fiscal year budget to procure two new vehicles per year while retiring two old vehicles.

All patrol vehicles are equipped with Watch Guard Digital In-car Video systems. These systems operate on a hard drive “buffer”, allowing the officer to rewind and record the traffic offense. Officers record traffic stops and other incidents for use in evidentiary proceedings.

Patrol vehicles are equipped with Mobile Data Terminals (MDTs). Officers can complete reports, generate accident reports, run license plates and driver’s licenses, and maintain access to databases all while out in the field. Officers also have access to robust mapping software, which allows officers to find addresses quickly in a city where new streets are being built on a constant basis. 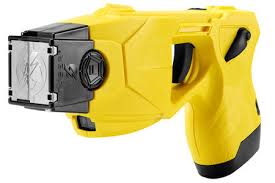 Officers are issued the Taser X-26P Electronic Restraint Device. These devices are used to incapacitate a violent, resistive subject temporarily. It does this by deploying two probes by way of compressed nitrogen. Upon contact with the skin, the probes deliver an electrical current that temporarily disrupts the ability of the subject’s central nervous system to send messages to other parts of the body.

The Taser X-26P has advantages over other “intermediate weapons” such as pepper spray or a baton. Once the electrical cycle is done, the subject returns to “normal” but is usually too tired to continue fighting. There is no decontamination process, as is such with pepper spray. It is also proven 99% effective in stopping combative subjects.

Taser use will be closely monitored by the department. Officers are thoroughly trained on the use of the device as well as the legal aspects of deploying them. Every deployment will require a use of force report to the shift commander.

For more information about the Taser X-26P, you can visit the Taser International website at www.taser.com

Body cameras were introduced to the patrol division in the summer of 2021. The funding was obtained through the CARES Act and totaled nearly $250,000. The department ultimately chose Axon body cameras, which has many unique features that include sidearm-draw detection, buffer recording, and seamless evidence sharing with prosecutors. Since the cameras have been in the field, they have been pivotal in providing evidence for serious court cases and have also captured critical incidents like the video shown below; 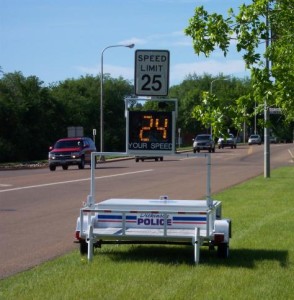 Another tool that the Patrol Division utilizes is a speed board. The speed board is utilized during the summer months. It is placed in high-volume traffic areas in an effort to remind drivers to keep their speed down, especially in residential areas.

If your neighborhood is having problems with speeding motorists, call the department at 701-456-7759 to have the speedboard placed in your area.

State law requires the driver of a vehicle involved in a crash resulting in injury or death OR property damage believed to exceed $4,000 must immediately give notice of the crash to the police department. Anytime combined damage between the vehicles appears less than $4,000, drivers of the vehicles can simply swap name, address, insurance carrier/policy number, and vehicle information without police involvement.

If you hit an unattended, parked vehicle, you must stop and make a reasonable effort to notify the unattended vehicle owner. If you cannot locate the owner, you must leave a written notice stating your name, address, vehicle information, insurance carrier/policy number, and a brief statement of the circumstances of the collision. Failure to do so is a Class A Misdemeanor – an offense carrying the possibility of a $2,000 fine and 1 year in jail.

Please remember to buckle up! Injury crashes can occur at speeds as low as 15 mph. Almost 75% of all crashes occur within 25 miles of home and on roads with a maximum speed limit of 40 mph or less. Buckle up every time! It may save your life! 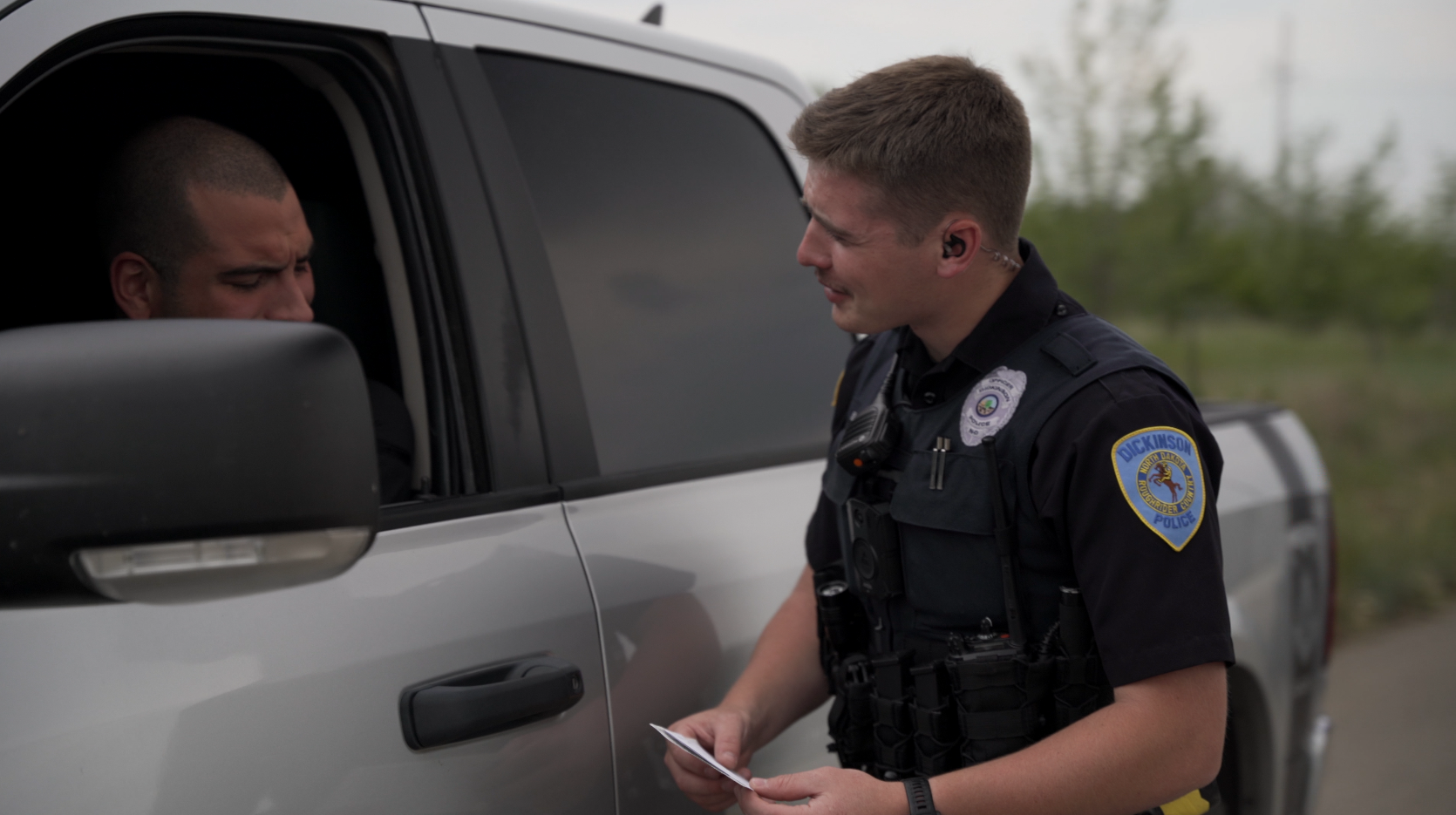 Being stopped for a traffic violation by a police officer can sometimes be a stressful and uncomfortable experience. The officers and administration of the Dickinson Police Department understand that a great majority of people we come in contact with during traffic stops are good, caring, law-abiding citizens that are either just having a bad day or had a lot on their mind and missed a stop sign or pressed the accelerator too hard. Though that may be understandable, officers conduct traffic stops to ensure the safety of you and the other drivers on the road. If you are stopped by a police officer, we ask for your help with the following areas to ensure a safe contact:

The Dickinson Police Department strives to uphold professional, courteous, and respectful contact with the citizens of Dickinson. If you feel you were mistreated in any way, contact the police department and speak with the shift supervisor. If you feel that your ticket is unjustified, you may request a City Court Traffic Hearing by following the directions on the back of your copy of the citation.

The ultimate goal of traffic stops is to reduce the number of accidents on our roadways. Moving violations (speeding, red light, stop sign) account for most of the contributing factors in accidents within Dickinson. If you do happen to get stopped for a moving violation, please use more care in the future to help keep our roadways safe!

Comments and questions regarding the Patrol Division can be directed to Lieutenant Matt Hanson at:
Phone: 701-456-7854 or email at Lt. Matt Hanson.