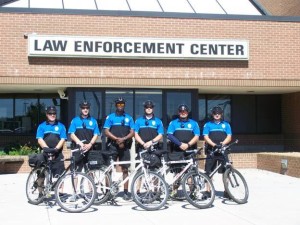 The Bike Patrol has been a component of the Patrol Division at the Dickinson Police Department for almost 30 years. There are currently 4 bikes that the bike patrol uses: 2 Trek’s, 1 Smith & Wesson, and 1 GT. Officers have the availability to use patrol cars in addition to riding bike. Officers attach a removable bike rack to the trunk of a patrol vehicle. This allows the officer to ride bike and still respond to calls over a longer distance.

Bike Patrol officers ride for special events, such as Roughrider Days, First on First, softball tournaments, and parades. With the recent addition of patrol car availability for the bike patrol, officers will now ride beyond the scope of special events and incorporate the bike patrol into normal shifts throughout the summer months. 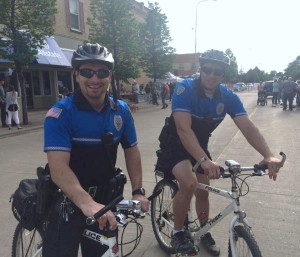