On behalf of the men and women of the Dickinson PD, I am pleased to welcome you to our website.  Our continuing goal is to make the City of Dickinson a safe place in which to live, work and play.  We are committed to maintaining and improving the quality of life of the city during this time of rapid growth, by actively partnering with community members and being innovative in our policing strategies.

We are proud to serve the residents of Dickinson in many ways.  Our Department is responsible for helping to prevent crime, patrolling neighborhoods, responding to calls for service, investigating crimes, arresting offenders and working closely with the community to identify and solve neighborhood problems.  We also provide educational and outreach programs to assist the residents and youth of our community.  Our ongoing commitment is to continue to provide the highest quality, professional, and courteous service to our community.

I would like to take this opportunity to thank all of the citizens of Dickinson for their continued support.  By working together, we will continue to preserve the quality of life that our community deserves. 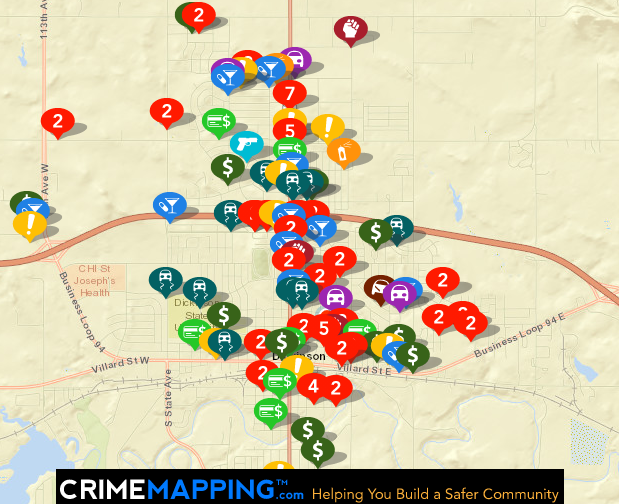 As of November 1st, all campers, RVs, boats, and other trailers can no longer be parked on city streets for the remainder of the winter.   Thank you in advance for your cooperation and...

A Dickinson man was arrested early Friday morning after he allegedly shot another man in the 700 block of West Villard. Shortly before midnight, Dickinson patrol officers were dispatched to the St....

On July 29th, 2021 Dickinson patrol officers responded to a car vs. pedestrian crash in the 10 blk of West Broadway around 12:30 A.M. Upon arrival, they located a 22-year-old male unresponsive on...

On May 17th, 2021 at approximately 1:14 AM, the Dickinson Police Department responded to a report of a domestic involving a weapon at an apartment in the 3300 block of 4th Avenue East. Arriving...

We, like many of us North Dakotans, are learning of the passing of our Attorney General Wayne Stenehjem today. Our hearts are heavy, and our department extends our deepest sympathies and condolences to the Stenehjem family.

Over his tenure, Attorney Stenehjem has been pivotal at keeping crime in North Dakota at bay. His vision and philosophy of fighting crime during the oil boom undoubtedly chartered the course of keeping our area among the best places to live. We are grateful for the service he provided the citizens of North Dakota, and the constant support and backing he gave to our law enforcement community. He was a man of great character and we will greatly miss him.Like so many North Dakotans who treasured his friendship and admired him for his more than four decades of exceptional service to our state, Kathryn and I are absolutely devastated by the passing of Attorney General Wayne Stenehjem.

Wayne embodied public service, both as a dedicated legislator and the longest-serving attorney general in our state’s 133-year history. As the top law enforcement officer in North Dakota for over two decades, Attorney General Stenehjem always put the safety and well-being of our citizens first. North Dakota is a safer place because of his unwavering commitment to law and order, his loyalty to his team members and his utmost respect for our men and women in uniform. State and local governments also are more transparent thanks to his strong enforcement of North Dakota’s sunshine laws.

On a personal level, Wayne was extremely proud of his small-town roots, his ties to UND and time spent practicing law in Grand Forks, and especially his Scandinavian heritage. His dry Norwegian humor was at its sidesplitting best at Norsk Høsfest in Minot during the induction ceremonies for the Scandinavian-American Hall of Fame – an honor he himself received in 2007. Most of all, he was a loving husband and father, often sharing photos of his travels with Beth and beaming with pride as he would carry a plate of her Scotcheroos into a meeting or talk about son Andrew’s military service and latest adventures.

It was an honor and a privilege to serve alongside Wayne on the North Dakota Industrial Commission and state Land Board. No matter how complex or contentious the issue, we all benefited from his incredible intellect, legal expertise and professionalism. He cared deeply about North Dakota and wanted only the best for its citizens. Kathryn and I extend our deepest condolences and prayers to Beth, Andrew and the entire Stenehjem family, his current and former colleagues from the Attorney General’s Office and Legislature, his friends throughout state government and the entire law enforcement community as we grieve this terrible loss.

I have directed all government agencies to fly the United States and North Dakota flags at half-staff until further notice and encourage North Dakotans to do the same at their homes and businesses, in honor of Stenehjem and his longtime service to the state. ... See MoreSee Less

Stay tuned for Hero Recognition Week! Starting on Monday, January 31st, we will be featuring officers and dispatchers that have answered the call of duty over the course of the past year and saved a life or played a pivotal role in keeping our community safe.

Our department is filled with dedicated and compassionate people, and we hope you will enjoy reading the success stories during Hero Recognition Week!

Please see theIr event page or link below to get your tickets. Share the information with all your friends.

We also have a few Corporate Sponsorships available. Please reach out to us if you would like to donate to the event to support FIRST RESPONDERS and the DOMESTIC VIOLENCE RAPE CRISIS CENTER.

Update 5:10 PM
Lumen has notified this that the issue appears to be resolved at this time. Continue to remain aware of the situation, but consider landline capability to dial 911 in our area to be back to normal.

Update 4:20 PM
For clarification, this outage is affecting approximately 1,000 landlines in the area. Technicians from Lumen are still working to fix the issue.

We have just been notified that there are service interruptions to our 911 phone lines.

If you have an emergency and are unable to reach 911, please call 456-7762 to speak with dispatch directly. 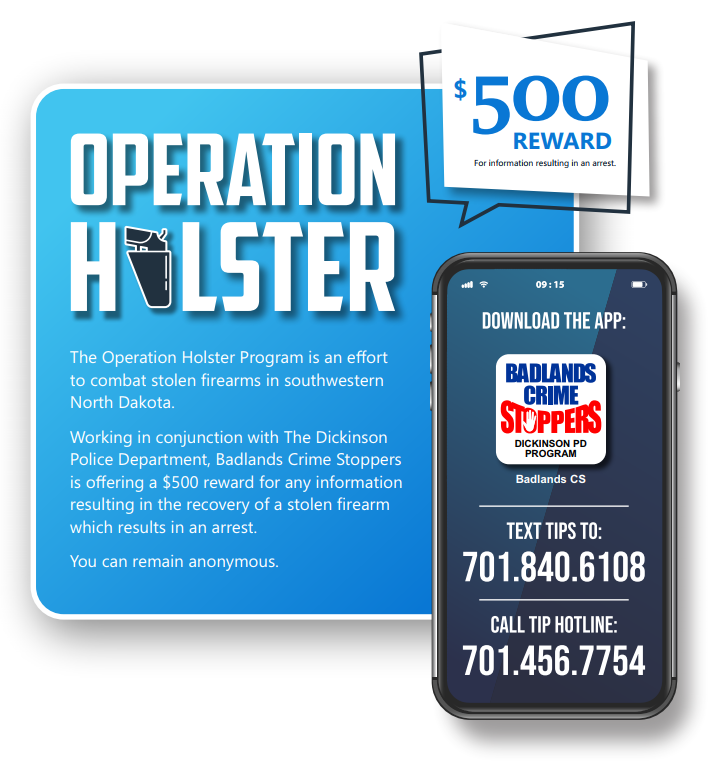